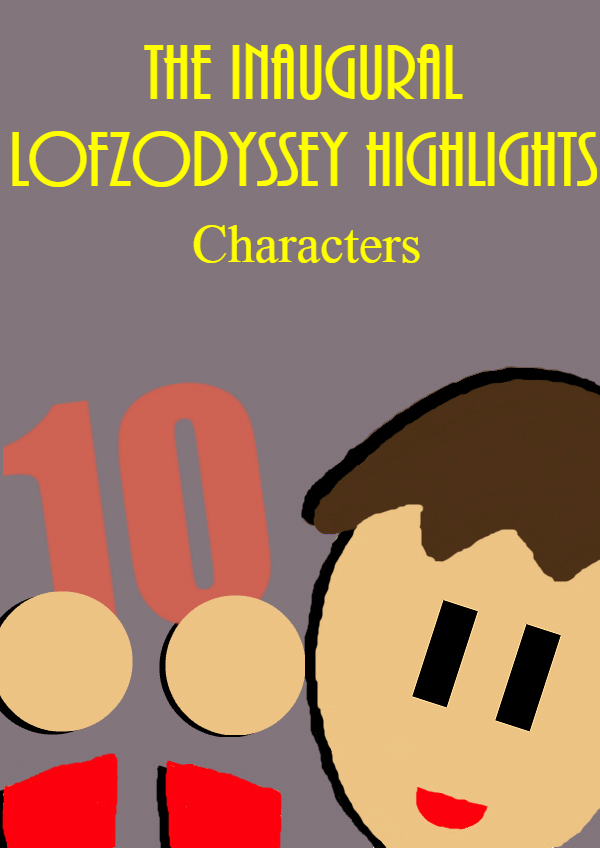 ***To see the full rundown of the rules for the Inaugural LofZOdyssey Highlights, please click HERE.***

With any show, it is safe to assume there will be a full cast of characters to get to know.

The same is then true with the next series. Then the next one. And then the one after that. And then so on and so on until you’re stuck compiling a list of the top ten characters of a given year and you must sift through hundreds of possible contenders.

If you think that sounds daunting, don’t. You would be surprised by how manageable such a task is.

When you have encountered as many characters as I have, only the truly best stand out. Now don’t get me wrong, there were a lot more than ten exceptional characters from 2018, and cuts had to be made.

Thus, my guiding rule was: The closer a character came to absolute excellence, the higher their rank ended up (a flawless system, I know).

Representing the year’s most interesting, engaging, and solid, this is the Inaugural LofZOdyssey Highlights – Top Ten Characters of 2018:

Even I have to admit, when I sat down to organize this list, Honda didn’t register at first. However, as candidates were cut, I realized I may have underestimated Honda’s charm.

Honda was so mild-mannered that he didn’t leave much of an impression. That is to say, he wasn’t larger than life. Still, did he have to be? When did that become a requirement? Honda did as much for his show as the other entries did for theirs.

I think what it was is that I took Honda for granted. I’m happy I realized the mistake it would have been not to include him.

I love Rin because she was what I was like when I was younger.

But just because I connected with Rin doesn’t mean that was the sole reason why she made the number nine spot.

Rin was great because she helped demonstrate that solitude and wanting to be alone doesn’t automatically make a person lonely. It’s okay to go off and do your own thing away from others every now and then.

Rin wasn’t standoff-ish or unsociable. She simply valued her me-time, and she combined that with her passion – camping. What’s not to like about her?

Juri is the result of what happens when a character is pushed so far they finally say, “f@#$ it.”

Before she entered the world of the stasis, Juri was your average person. There wasn’t anything particularly special about her. But once inside where she had to face people who wanted her and her family dead, Juri was presented with a choice.

She could have either accepted her fate quietly or fight.

The path she chose was what put her on this list.

Isn’t it wonderful when we get a character who is, unquestionably, the best at what they do?

If you don’t think that, Goblin Slayer might be the one to change your mind.

Although he was a high-class adventurer, you could always tell Goblin Slayer didn’t care about rank. He didn’t bother with fame or prestige; they were inconsequential. He had a mission in life, and that was to fight his world’s most vial, and yet, most overlooked creatures.

There was a good man behind that helmet. Goblin Slayer wasn’t an uncaring machine, and because of that, you instantly wanted him to succeed. Anzu is the only true support character here. And such a feat is made even more impressive given how many of the characters from Hinamatsuri – including the main ones – were phenomenal.

Anzu was special because she had a real story arc to her. Essentially, she became stranded in a place she did not know, and she worked her ass off to make the best out of her situation. Anzu did this so well, she managed to have an incredibly emotional scene in one of the funniest shows of 2018.

Something like that just doesn’t happen, but Anzu did it nonetheless.

She simply goes to show, a good character can come from anywhere.

The sarcasm was strong with this one.

Let’s not mince words: Sakuta had to deal with a lot of stuff in his show. The kind of stuff that would leave anyone else lost and speechless.

If I had to give him just one redeeming quality – and trust me, he had many – Sakuta was a loyal friend. He went out of his way, he made himself look stupid, he let himself get banged up, and he never regretted any of it because he knew someone needed his help.

Sakuta was the type of character you can quickly get behind. 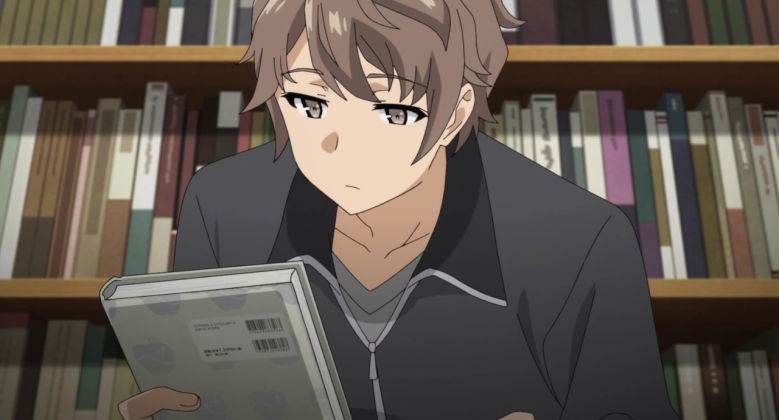 Akane was a brilliant antagonist. She was someone you didn’t want to mess with.

Please notice that I am not saying Akane was a villain. Labeling her as that would simplify her character way too much. Akane was far greater than a mere villain because she had relatable reasons behind her actions.

But beyond that, Akane was terrifying.

She could be your best friend one moment and then your most dangerous enemy the next with only a small shift in the tone of her voice. Akane didn’t even have to give a definite threat to let people know her intentions. She could be that intimidating when she wanted to be.

How else can I say it? Akane was a very, VERY pleasant surprise.

If you think Satou Matsuzaka is a rip-off of Mirai Nikki’s Yuno Gasai, you’re wrong. No ifs, ands, or buts about it.

Deranged, violent, cunning, intelligent, seemingly unimposing, these are the ingredients for a perfect storm of peril, and they were all a part of Satou’s personality.

Satou knew how to manipulate. She knew how to get people to see what she wanted them to see. Satou could let others think they had reached her heart up until the moment she was stabbing a knife through theirs.

If you were to ever find yourself alone in a room with Satou, make peace with the fact you will not be the person in control.

Upon meeting Chise, my first thought was, “Ow, my heart.”

I don’t know if I have ever seen a character as mentally broken as Chise was from the get-go. She wasn’t at rock bottom – no, no, no, no, no. Chise had tunneled her way a few feet deeper.

Despite that, Chise rose up.

She fought and struggled and clawed her way back to stability. Chise’s story was that of a phoenix. And by the time her tale was over, Chise was nothing less than beautiful. 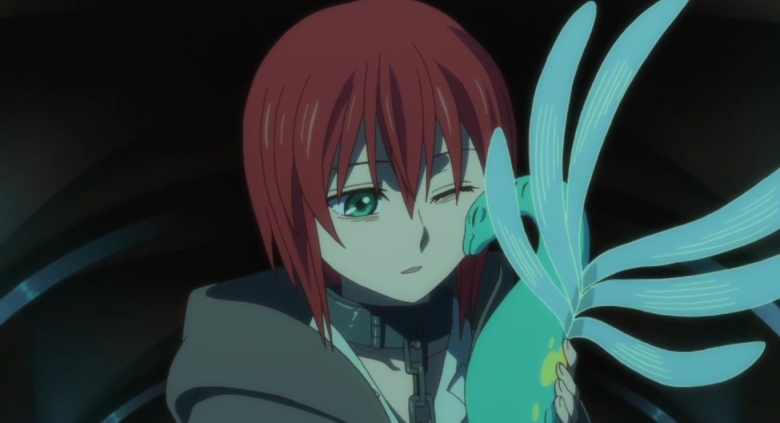 No more words are necessary.

Violet Evergarden was, far and away, the absolute best character from 2018.

These were the top ten characters of 2018.

Or, at least, that’s according to me. I want to hear your thoughts.

Please don’t hesitate to leave your opinions in the comments below.

And as always, be sure to follow LofZOdyssey Anime Reviews and all my other social media sites so you never miss a post or update.

I’m LofZOdyssey and come back tomorrow, Thursday, February 21st, 2019, as we continue the Inaugural LofZOdyssey Highlights with the Top Anime of 2018 (20 to 11).

This site uses Akismet to reduce spam. Learn how your comment data is processed.